a brief history of

a brief history of

According to Chief Zulu of the Yellow Pocahontas Tribe, the Mardi Gras Indian tradition dates back to around 1718. Runaway slaves from the transatlantic slave trade were taken in, protected, and hidden by the indigenous people of the continent in the Louisiana area. Throughout the years, the African and Native American cultures began to mix, creating a new masking culture.

In West African culture, the use of masking, beads, and feathers is widespread. Similar headdresses and outfits are common in Native American traditions. Each suit, through the use of hand-sewn patches and handcrafted feathers, aims to tell a story.

As the culture matured in New Orleans, maskers paraded during the Mardi Gras season — permits were hard to obtain, but parading was allowed throughout the city during Mardi Gras. Because they were seen often during Carnival, they quickly became known as Mardi Gras Indians. Allison Tootie Montana is revered in Mardi Gras Indian culture as the Big Chief who is responsible for changing the violent way of the Indians’ culture. Tootie was Big Chief of the Yellow Pocahontas Tribe and made the culture of the Mardi Gras Indians about pageantry rather than violence.

Mardi Gras Indian suits are composed of three main pieces: a crown, a dickie, and an apron, according to Chief Alfred Doucette, a leading chief in the Flaming Arrow tribe.

The dickie is the patched portion of the suit that spans from the upper chest to the waist, with designs that portray a story on the front and back.

The apron is the final part of the suit, visible from the waist to the ankle. It comes in different shapes and sizes depending on the artist behind the suit. It can be a mobile, a teardrop design, or a large canvas.

Chief Doucette has created his own Mardi Gras suits since 1988.

“I was doing some carpentry work at a house and I saw a picture resembling a battle scene, and it gave me an idea of how Indians used to live,” he says.

That idea became the driving force behind his first suit. Deemed “Brother John,” the suit portrays a story of an American Indian warrior fighting off Spanish soldiers. The dickie shows the initial battle scene, while the apron showcases the burial scene of the warrior.

“A lot of Indians sew from a vision or a dream. My suits represents people’s pain.” Most Mardi Gras Indians suits are entirely hand made, can take a year to make and can cost around $10,000.

Photographs by Michelle Elmore. These images and many more are available in her book Let’s Go Get Em, available for purchase here. 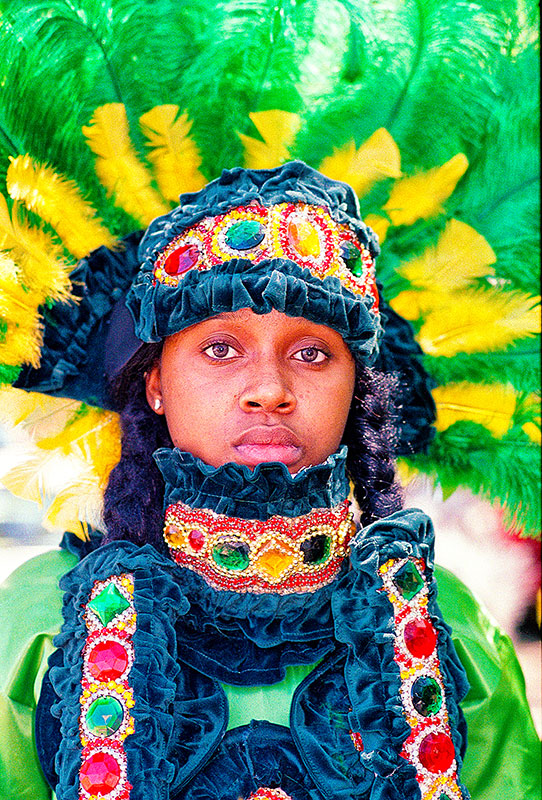 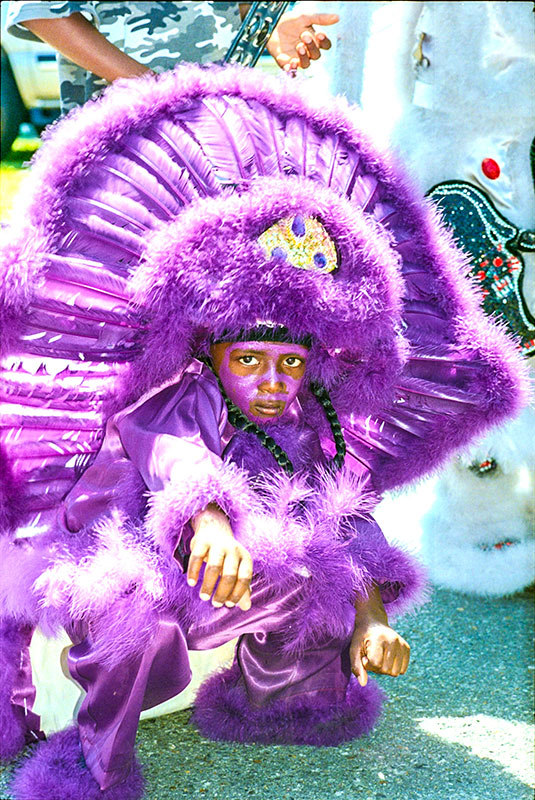 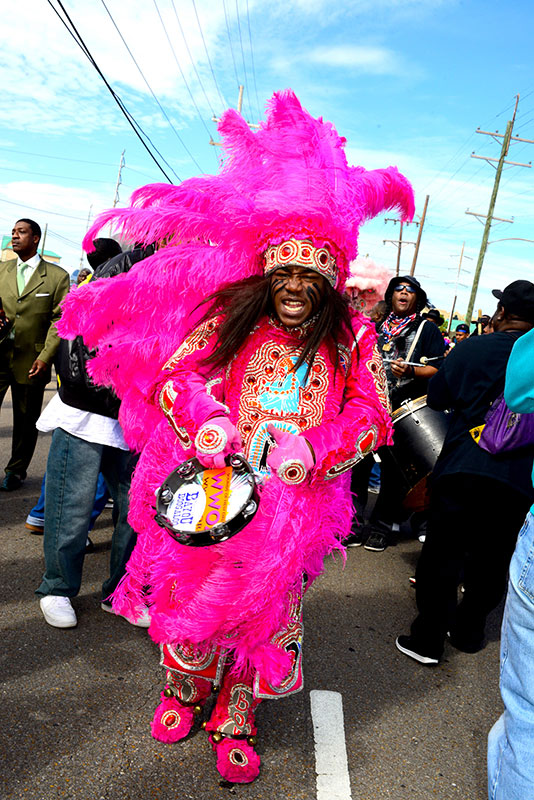 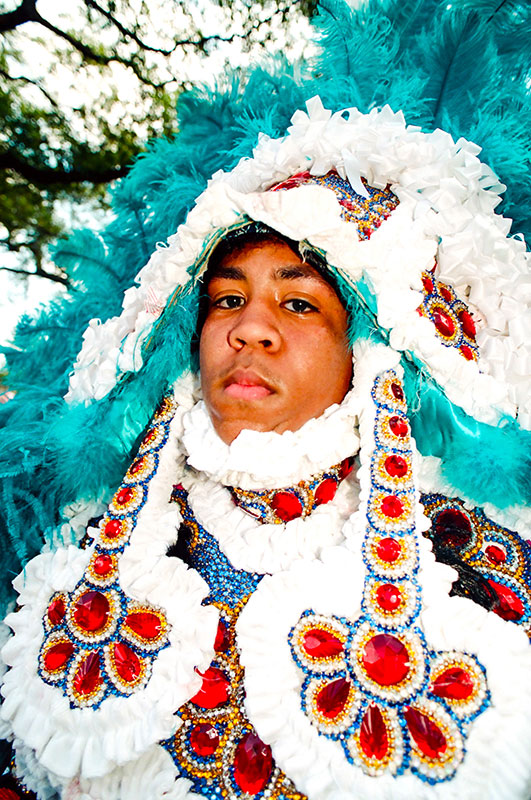 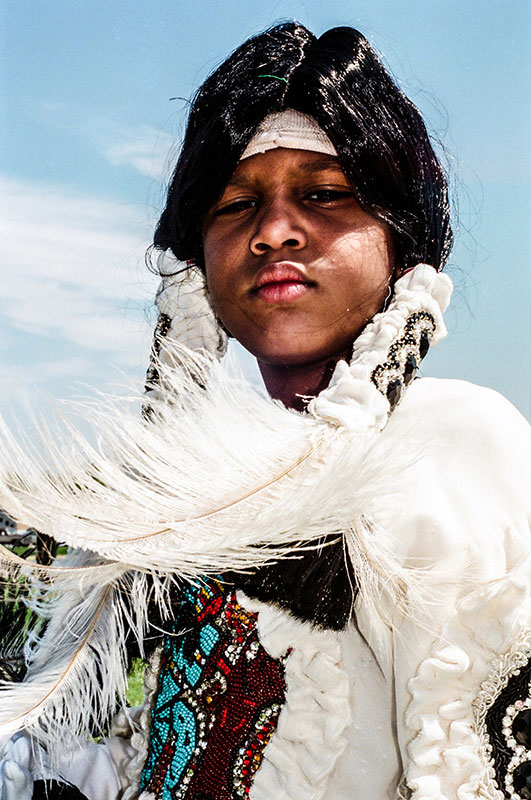 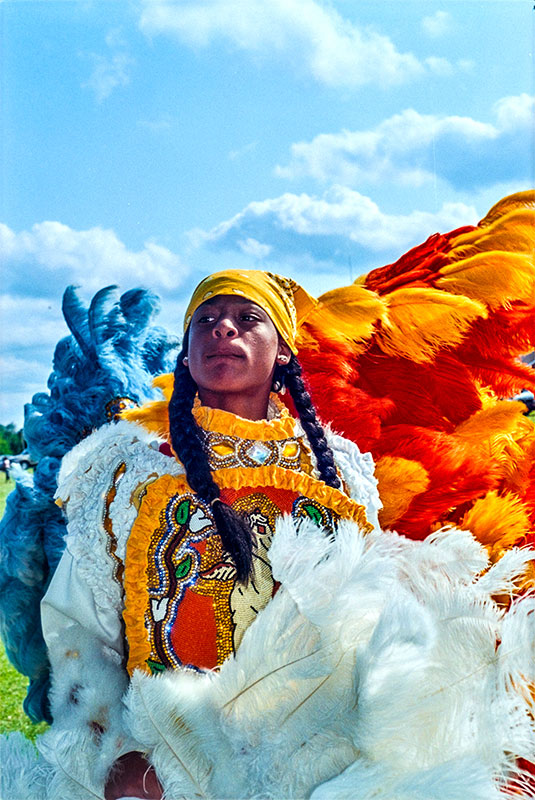 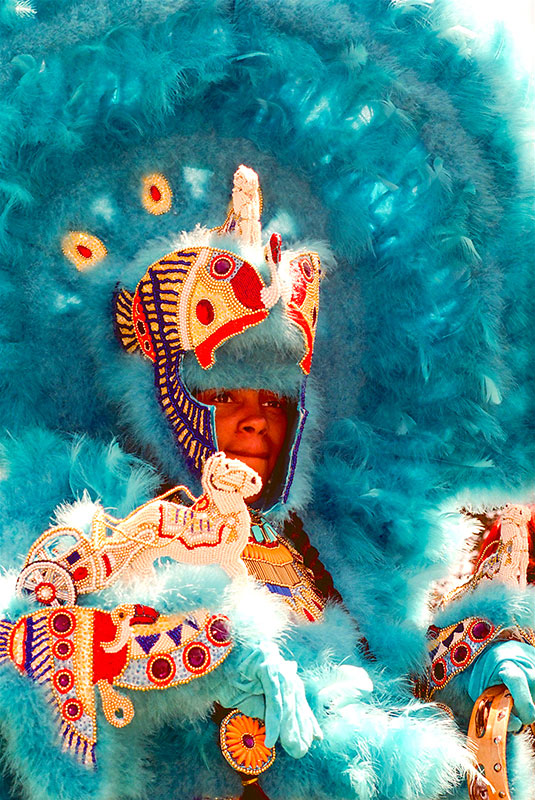 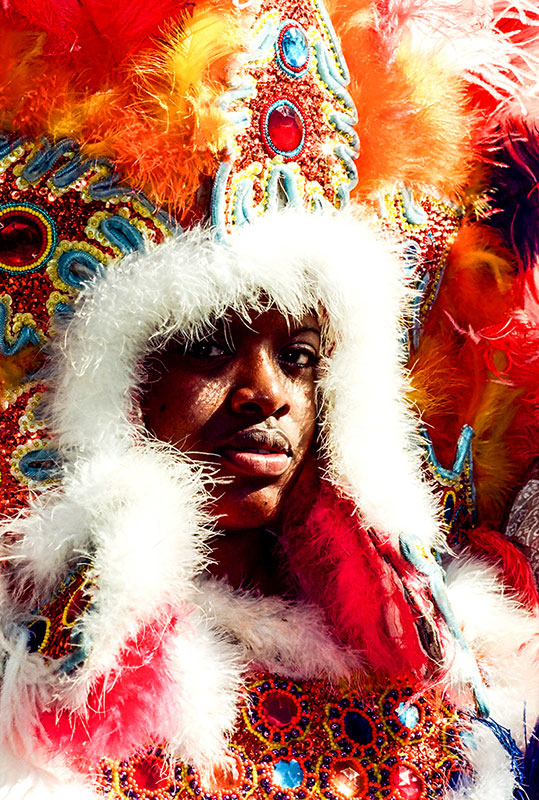 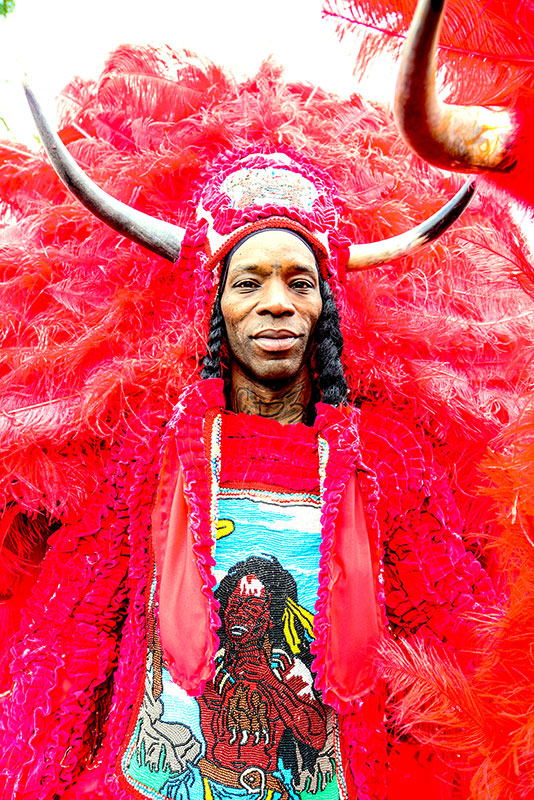 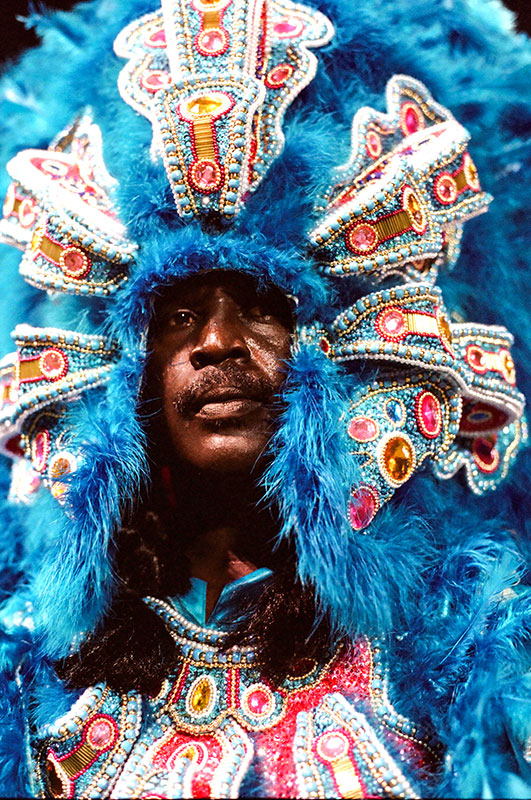 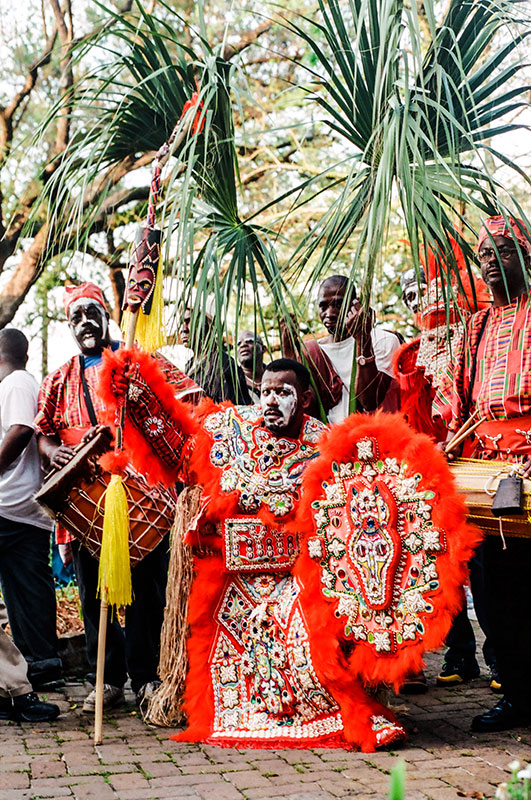