I’m Still in Love with You 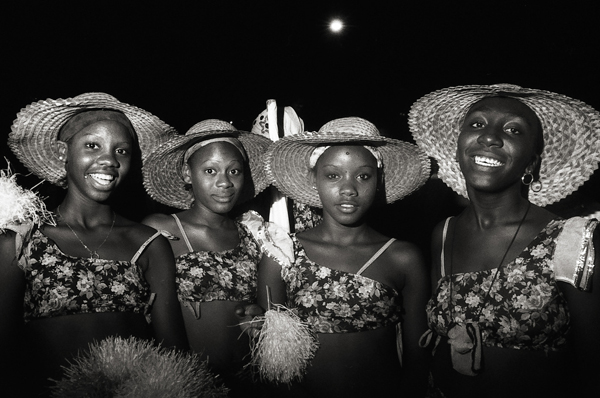 Yo Soy la Conga, Yo Solo

A slow Sunday night and we’d been drinking black market rum out of plastic bottles on the street with car doors wide open folks grinding dirty to good reggae music when the great Redoblante drummer from Conga Los Hoyos, Pupi, whispered in my ear he was going to make a special present for me and like that took off running down a dark street. In the super sonic cities of the world the sweet sound is always bubbling right beneath the surface so you must always be ready to catch it.

In the magnificent Invasion parades of Santiago the Redoblante, a big drum weighing about 40 pounds, roots the other 19 drums and Cornetta China to the rhythms of remembrance and light for the 8 hours snaking through the stupefying heat. When a good Redoblante drummer feels it and flexes a surge roars through all the musicians and thus all the thousands walking and sweating and dancing, chanting and singing in the big parade.

For almost a month Pupi had been half joking saying he and his big drum were the conga, that he could take his drum anywhere in the world and start playing and the people would come out and dance and sing. He would say this and nod his head and smile and we would all laugh. And then Pupi came back with his Redoblante drum and out on the street on this sleepy Sunday in Santiago let the world in on his secret. “Yo soy la conga, yo solo,” you can hear him say at the very end of the recording if you listen tight and you have to really wonder if he knows something we don’t.