The Hot 8 Live At Sweet Lorraine’s 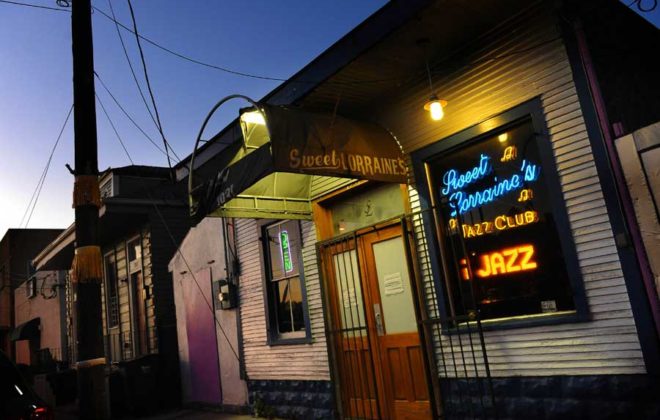 Roll to the Caliope

After the mesmerizing ’05 Don Hill’s Halloween live recording in New York City, we shifted gears, searching for that “just right juke joint” that’d be able to capture the feel of the New Orleans second line parade and set it free within the confines of four walls. The jazz club Sweet Lorraine’s, right on the other side of town, is the unofficial home of the Black Men of Labor Social Aide and Pleasure Club who were front and center in Melodius Thunk’s Down By The Riverside parade recordings featuring the Hot 8 Brass Band.

The energy they added to the parade with their footwork and moving tribute to the fallen hero – Mardi Gras Indians’ big chief of chiefs Tootie Montana – made that day and the recording historical. Sweet Lorraine’s took a beating during Katrina and had shuttered it doors for much of ’05 and ’06 but agreed to open its doors to the Hot 8 and Melodius Thunk to record this live album after the great success of the Down by the Riverside parade that previous Thanksgiving. Inside the club there were still leaks in the roof and water marks on the walls and a blasted floor and chairs stacked up on busted tables in the back as they were trying to get ready for business. But for our recording purposes the disrepair added an element indicative of the Katrina aftermath we thought the band would be able to swallow and blow out beautiful in their sound. We were right. The Hot 8 came in round midnight after playing the Zulu parade and the Zulu secondline parade (which we recorded), saw the room had a couple of drinks and a smoke, tuned up and electrified us all with their big sound. The Hot 8 sizzled the sound waves with two dazzilng sets before they stepped off stage come 4 in the morning. This would be the last recorded stage performance by the snare drummer Dick Shavers. 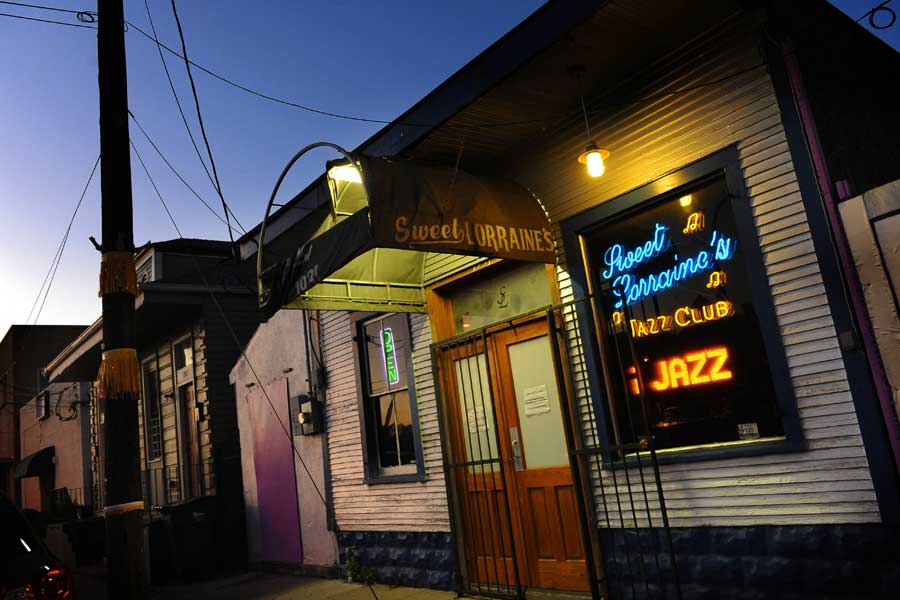 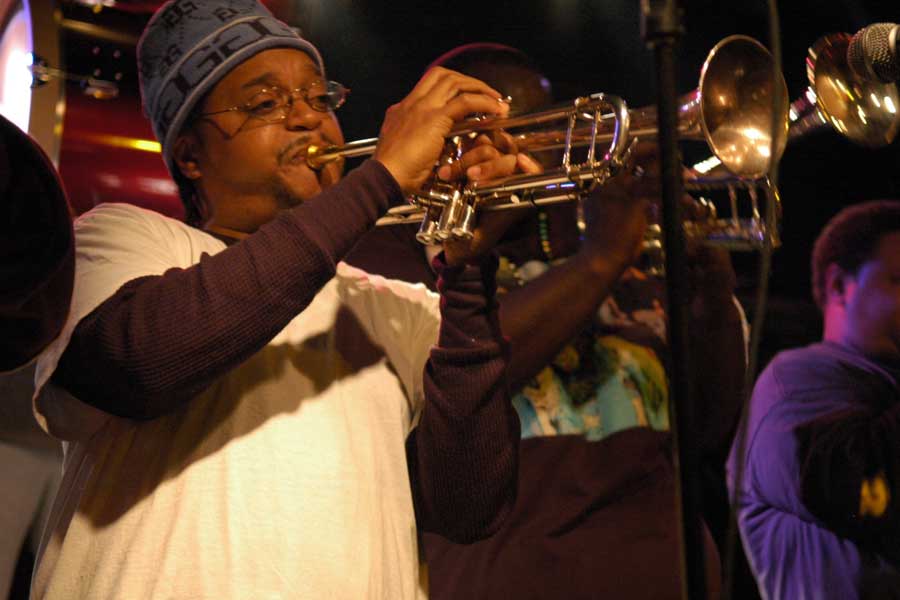 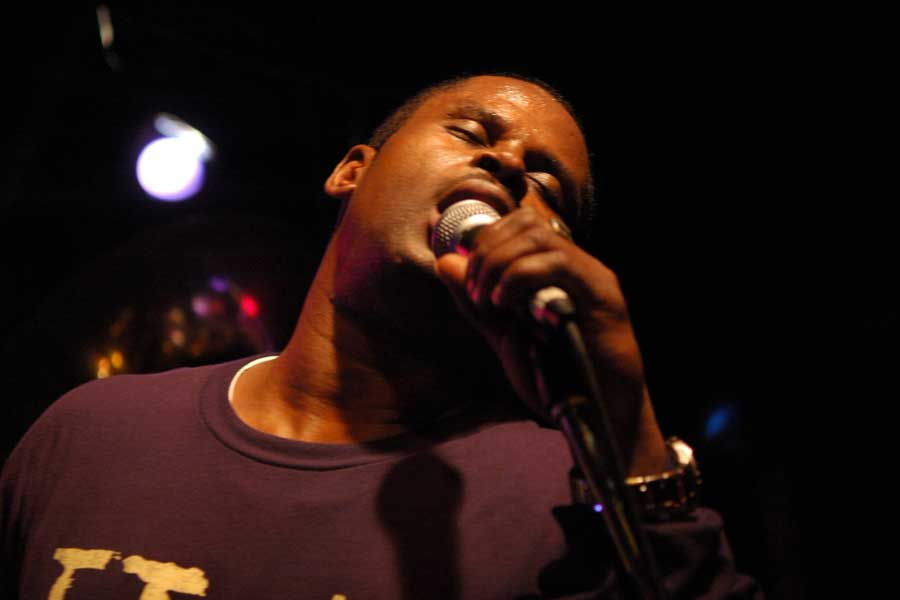 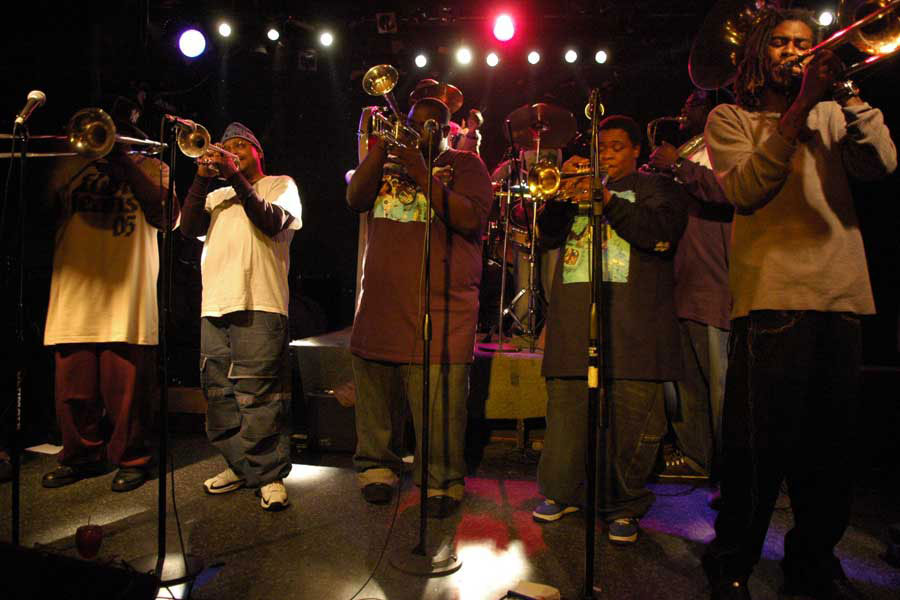 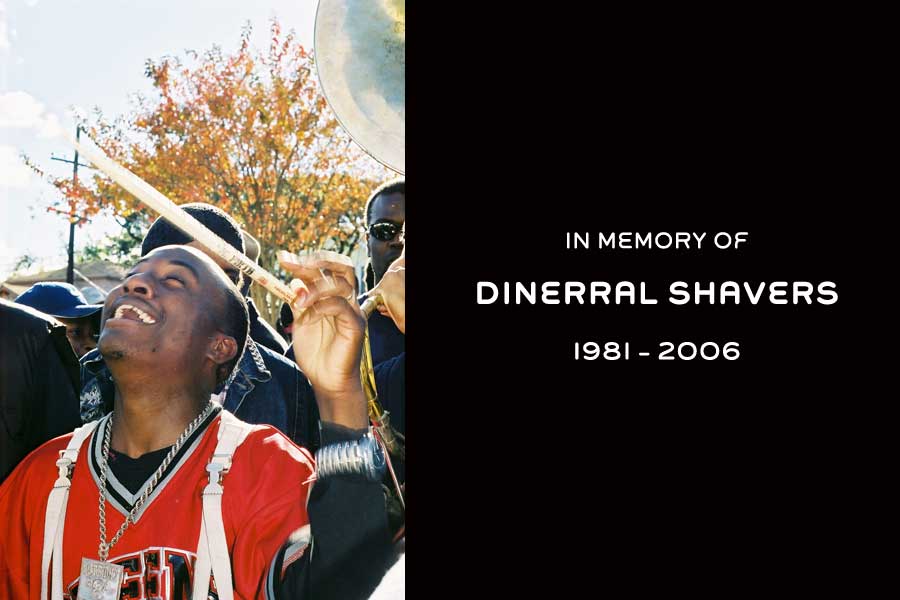